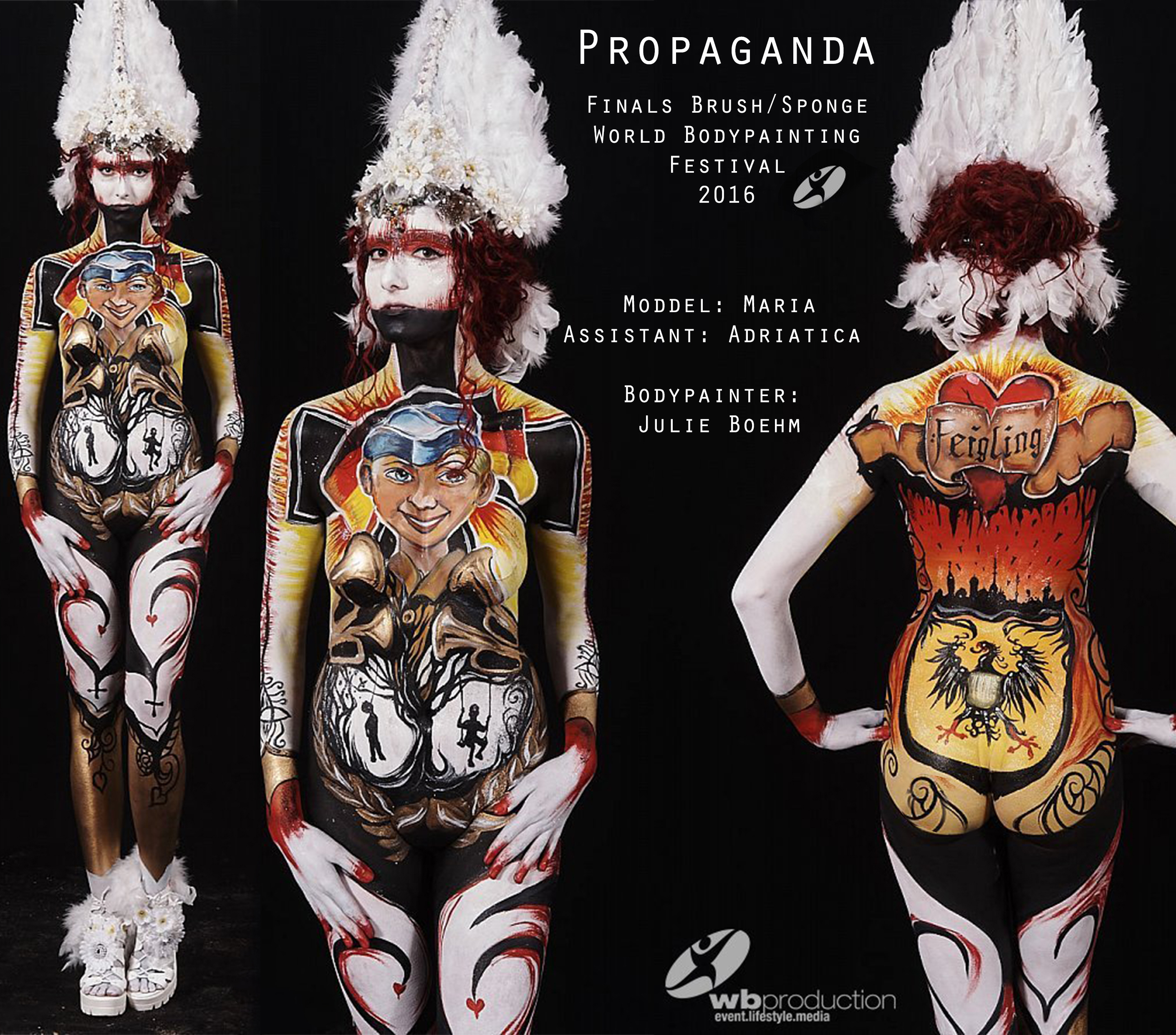 PROPAGANDA
The painting is about my fathers childhood & the iron cross. He is an author and poet – this is the first volume of his autobiographic novel.

My father Wilhelm Boehm was born in 1935 – On her chest you can see a portrait of him as a 10 old year boy.
At that time you were not asked about your opinion like today. Everybody had to fit in the system.- brainwashing the children by putting them into different organisations educated by the propaganda machinerie.
My dad had to join he “German Jungvolk” . In march 1945 he was called with his groupe to come to the Leipziger Platz in Reichenberg. There was an execution of a 16 years old german boy who had refused to use the bazooka against the russians- around his neck a wodden label plate with “FEIGLING” (coward)
This was the propaganda system: Kill others and be the lucky one to get propably nominated for the “Iron Cross” posthum or get directly killed as a coward by your own system for refusing to kill . There is blood on your fingers – no matter what you do.
When you said: I don’t believe in the “End Victory” you were suspicious for them – it was all a lie as the first chapter of my father’s book: “Auf des Messers Schneide”
But people haven’t learnt much since then- for example in Syria nowadays: you see innocent civilists getting killed basend on a lie called “Propaganda”- they don’t know who is there down on the ground,they believe what they are told and then they kill…
I don’t believe violence can be a solution for peace. YOU have to think and get the direct contact to the people- then you can think about it. You make your decision. The most precious thing in our times:  having an opinion that is based on real circumstances and being able to show it …. as an artist you can do it! Such as my father did. 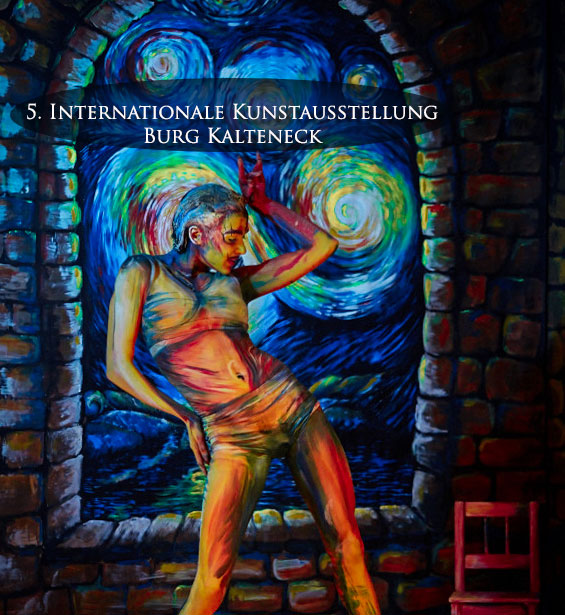